Professor Phil Riley recognised as a ‘Hero of Primary Education’ 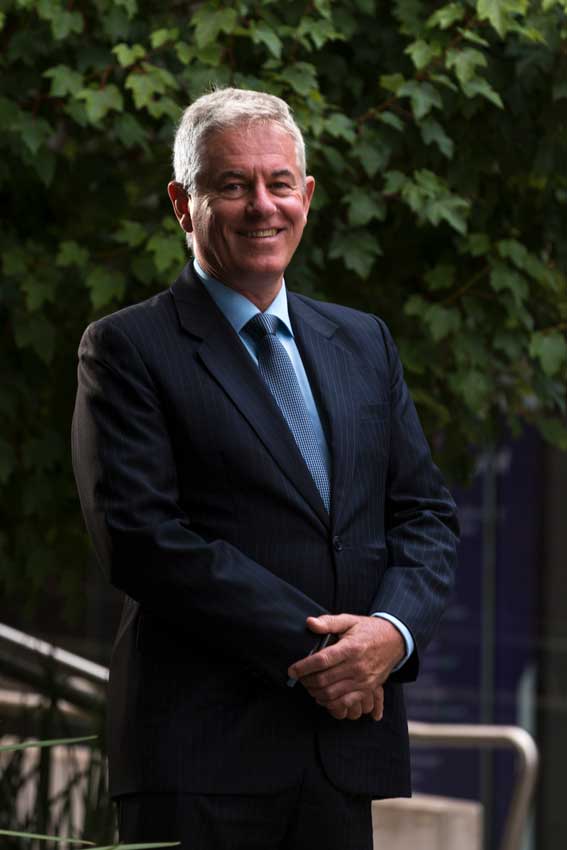 “In an exciting development, Britany Roestenburg, current President of the NT Principals Association, was unanimously elected to her first term as APPA Deputy President, emphasising clearly the breadth and strength of APPA as a truly national association for Primary principals.”

In welcoming Ms Roestenburg to the leadership team, Mr Elliott also acknowledged and paid tribute to Phil Seymour, current President of the NSWPPA, who steps down as APPA Deputy President in October, after having served in this role with distinction over the past 8 years.

“Our departing Deputy President, Phil Seymour, has made an outstanding contribution to the Australian Primary Principals Association. He has brought a vast trove of experience, educational know-how and the highest levels of leadership acumen to our organisation. Phil has been a leader of distinction at school, state, national and international levels.”

As debate rages over the return date of kids to the classroom the Australian Primary Principals Association calls for school leaders to be involved in the decision making.
The Australian Primary Principals Association (APPA) is concerned over the health risks to teachers as state governments across Australia plot a return date for students to return to school.
“Despite medical opinion that the risk posed by coronavirus is low in a school setting, the reality is that safety of teachers is far from guaranteed,” said Malcolm Elliott, President of the Australian Primary Principals Association.
Whilst it is a huge blessing that Covid-19 has had thus far limited impact on the young, the concern of the APPA is with the many members of the teaching population being of an age where this virus has a stronger effect on older Australians.”
“Our school leaders and teachers who have remained on duty are stressed, anxious and in many cases fatigued and if we are to see a return to school of the majority of students, then this must be done with the support of educators,” said Mr. Elliott.
The ambiguity of health messaging around the safety of the classroom environment is confusing for teachers, who are being asked to continue to work in a mass gathering setting, which is why the APPA is urging state and territory governments to include school principals in collaborative discussions about school strategy before announcements are made on the return dates of students.
“Everyone wants school and life to get back to some sense of normality, but we must take the time necessary to allow schools to adapt and for systems to develop to ensure the safety of school staff as we plan all elements of school operations,” said Mr. Elliott.
Whilst the APPA places much emphasis on the views of the nation’s Chief Medical Officers, and admires the work they have done in keeping Australia safe during this crisis, it is the APPA’s firm belief as an organisation that collaboration utilising education experts is essential as the strategies for return to full schooling are developed and then implemented.
Media Contact
The APPA President Malcom Elliott is available for interview and to arrange please contact Randal Killip on 0425 714 159 or via email randal@profileformedia.com.au

The Australian Primary Principals Association (APPA) is supporting calls from the Minister for Home Affairs, Peter Dutton, for greater levels of cooperation from large technology and digital companies in combatting the scourge of child exploitation as the nation battles the coronavirus.

“The reality of online child exploitation and various other forms of harm befalling Australia’s children is well known and profoundly saddening. The effects of this harm on children can be, and often is, evident in their relationships and performance at school,” says the APPA President, Malcolm Elliott.

With numbers released from the ‘Australian Centre to Counter Child Exploitation’ and the Australian Federal Police that referrals for online child exploitation activity have grown over the last 10 years from 300 to nearly 20,000, numbers that Mr. Elliott described as a sickening reminder to all of the vulnerability of our youngest Australians.

“This gut-wrenching reality is part of the world of school principals who, as a regular part of their work, find themselves at the centre of efforts to protect children and to maintain education services amidst the child’s suffering and hurt,” said Mr. Elliott.

The APPA believes as an organisation that there is a role for all to play here, for parents to be vigilant as to what sites their children are accessing online and for technology and digital platforms to have in place appropriate protections to detect and identify would be predators.

“There is incredible work from the office of the eCommissioner, police, teachers, doctors, psychologists, social workers, NGO’s, child safety agencies and many others who are throwing themselves at this issue and so must the digital platforms,” said Mr. Elliott

The APPA President Malcom Elliott is available for interview and to arrange please contact Randal Killip on 0425 714 159 or via email randal@profileformedia.com.au

In commenting on the Declaration, APPA President, Malcolm Elliott, said the fourth declaration of Education Goals for Young Australians represented a significant challenge for systems, learners and Australian society.

“The first goal recognises excellence and equity as pillars of a successful system. This goal’s stated commitment to inclusivity, diversity, encouragement and support is really a call to society as well as to our schools.

“A societal attitude of commitment to support and encourage learning is essential. This is strongly voiced in this declaration.

“The ‘Commitment to Action’ is comprehensive. It presents a sense of a narrative of education throughout life and for all people.

“It also represents a sense of the crucial importance of the early and primary years of education and the necessity of support for and by families in nurturing a love of learning.”

APPA looks forward to supporting ongoing work on the implementation of this Declaration.

“Our schools have been working on these goals for decades. This is a declaration of challenge for our society,” Mr. Elliott said.

Changes to curriculum and teaching need a primary edge.

Education Ministers attending this week’s Education Council meeting would do well to bring a ‘primary school perspective’ to their curriculum and other discussions, says Malcolm Elliott, president of the Australian Primary Principals Association (APPA).

Primary principals recognise the vital work of teachers.
Tomorrow across Australia, World Teachers’ Day is being celebrated. The day is a great opportunity for the whole community to recognise and appreciate teachers for the vital role they play in shaping the next generation.

Minister for Education, Dan Tehan, says today is Australian Primary Principals Day and we pay tribute to all principals for the contribution they make to our children’s education and our communities. There are more than 7,000 principals working across our state, Catholic and Independent primary schools. The passion, commitment and experience of our principals and teachers are at the heart of successful school communities. Our students and their families rely on school principals to inspire and support them to reach their full potential.

Shining a light on school leaders.

This Friday (2nd August) gives communities across the country the chance to recognise and thank our primary principals. Australian Primary Principals Day, originally an initiative of the Victorian Principals Association, moves national in 2019.